Publish The Quest continually offers up the opportunity to collaborate and play music with new people. There is a nucleus. The players mentioned below practice on a regular basis, and perform the live shows.. below that, the photos we have chosen, reveal some of the amazing characters that we have been lucky to meet up with along the way and to record music with. 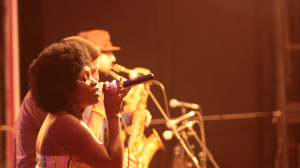 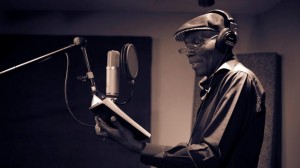 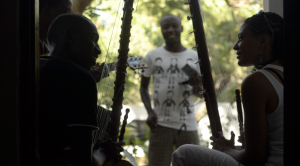 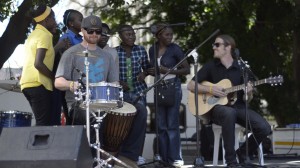 Jacob rockin’ with Caleb Cunningham and ‘E7’ in Zimbabwe 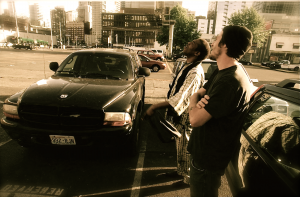 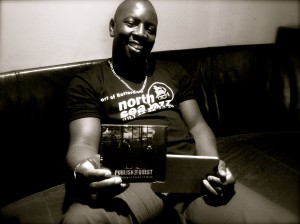 “Jacob Bain & The Publish Quest, incorporates a plethora of Afro-beat elements and folk/rock/alternative leanings. There are rap vocals on “Gotta Keep Movin!” and “I Believe People Can Change.” Femi Kuti lends some vocals on the title track, “Then What!?.” There are great guitar jams here with some jazz, fusion, and rock influences. However, the entire album is relatively light overall. For instance, the rap vocals are not particularly hard or difficult to understand. A mix of instrumentation provides an enjoyable listening experience, even though there are some rap vocals. You will hear congas, trumpet, acoustic guitar, viola, violin, bass, tenor sax, alto sax, baritone sax, keyboards, electric guitar, and classical guitar. The Dave Matthews Band comes to mind at times. “Then What!?,” “Gotta Keep Movin!,” “The Wall,” and “When It Comes” are recommended tracks. There is an urban element to the abovementioned tracks, but there is plenty of room for alternative pop and fusion. Whatever it is called, Then What!? is something that everyone should possess and play.” ~ Matthew Forss – http://insideworldmusic.blogspot.com/2013/08/cd-review-jacob-bain-publish-quests.html

“If you’ve never heard of Jacob Bain and Publish the Quest, I’ll set it up for you: A hard-hitting hybrid of Afrobeat and hip-hop, something organic like Blitz The Ambassador or Talib Kwali. Some of the beats come partially programmed, but generally speaking, Publish the Quest in bold horns, percussion, melodic guitar, and bass going heavy on the funk.How good is Then What!? Really good, although definitely more attributed to the instrumentation than the raps. The band is tight and full of good ideas. They swirl in, layer, and offer a set of 10 danceable tracks. In the title track, guitar and bass take the lead, in the vein of Fela Kuti’s finest. The horns are sharp and dynamic when they pounce. The vocals are some of the best on the album. The groove is all Afrobeat deliciousness. “I got hope/ Tell me what then?” “You just can’t quit until the setting sun.” Are the lyrics earth-shattering? No, but they fit the vibe and are energizing. The song overall is a knockout. “Gotta Keep Movin!” is even tastier. The horn line is outstanding and the groove momentous. “Even when we find ourselves two steps ahead/ we gotta keep movin,” is great, but here’s my critique: “Why the war? What’s it for?” I don’t know, and I don’t know what war you’re talking about. While everything else in this song is catchy, tight, and blast-able, the lyrics linger on the edge of vagueness. This song, in particular, is so well made, but when Bain sings, “Think about how far we’ve drifted.” I don’t know who “we” are or what we “drifted” from. It’s hard to connect with this song, and others on the album, on that deep a level. Still, such a miss doesn’t detract from the arching awesomeness of this album. “You Never Know Who You’re Going to Meet” is one of the best songs, and some of the better lyrics. The song paints the picture of a world of strained relationships and wandering. He reels it in to universal possibilities. “Rethink the way that you’re doing some things,” he says of meeting people. Added violas weave texture and the acoustic guitar contrasts the hefty drumming wonderfully. These songs relate tales of power struggle, fighting the Man and, ultimately, approaching this project with interest in several influences. If you like Afrobeat and organic hip-hop, you’ll find Publish the Quest to massage all the right places. The album is well mixed, nothing is lost, and it sounds nicely configured without being overproduced. Props to Mell Dettmer and Jacob Bain for putting the time in. All-in-all, very good stuff. Bottom line: Afrobeat collective with guest vocalists rev up the hip-hop for a scorching and danceable set of tunes.” – review by John Powell – http://www.angelica-music.com/reviews/jacob-bain-and-publish-the-quest-now-what-album-review

“JACOB BAIN & PUBLISH THE QUEST/Then What!?: Sort of a later day, multi culti follow up to Les McCann’s “Compared to What?”, this world beat political diatribe brings in everyone from Kuti to Matt Chamberlain to Radioactive for a super mosh of salsa, hip hop, reggae, Arfopop and everything else but Guy Lombardo. High octane stuff that has appropriately sprung from the old hippie enclave of Vachon Island outside Seattle, this is what happens when you realize grunge is kid stuff. This sounds like the soundtrack for Occupy Your Head. Utterly wild and world wise.” – Midwest Record Entertainment – http://midwestrecord.com/MWR679.html

“Jacob Bain & Publish the Quest remind me a lot of Soullive but more in furtherance of elder Africana bands like Air Force, Mandrill, Osibisa, and others, highly charged with jazz and the “dark continent’s” native rhythms but also infected with rock, rap, and tamed-down hip hop. Small wonder, then, that the featured guests here are Femi Kuti, Radioactive, and Matt Chamberlain, not to mention ridiculously cool band member Samantha Boshnack, whose group B’shnorkestra I’ll be reviewing in these pages ere long. Long-time readers of my work (I’ve been doing this crit gig in various venues since ’85) will know of my dicey view of reggae, rap, and other forms, but ever since hearing the Reggae Philharmonic and then recenter CDs fusing the mode into forward-looking hybrids, my previously oft ridgy reaction has softened considerably, and cuts like Gotta Keep Movin’ show why. Incorporating a number of what can only be called delightful melodies and rhythms, it showcases a broad array of styles cohered to yield an end product respectful of all ingredients while rooting strongly in African motifs. Then you have the folk-pop-balladic You Never Know Who You’re Going to Meet with Eyvind Kang tossing in some atmospheric violin mindful of Hisako Yamashta’s work with husband Stomu. The cut’s stomp rhythms are infectious and enchanting but don’t get too lulled, as the follower, Don’t Point that Gun at Me starts out surrealistically and will twist your head around, resolving into a stripped-down serial composition very much in the drone tradition. Everywhere you go in Then What!?, you’re going to discover a lot of innovation and surprisingly subtle applications of elder styles connubially married to cutting edge futurisms. Catch the Arabesqued The Wall as just one instance.” A review written for the Folk & Acoustic Music Exchange
by Mark S. Tucker – http://www.acousticmusic.com/fame/p09031.htm

Check out our albums online

On iTunes On CD Baby

Thanks to everyone who helped make our latest kickstarter project a go!